Praise the Lord! Sister Act, the acclaimed and smash hit musical is finally here in Singapore! Sister Act will be staged at MasterCard Theatres at Marina Bay Sands from 9 May onwards and for 3 weeks only!

Our Parenting World team attended the press call of Sister Act and to find out more about this highly anticipated musical. 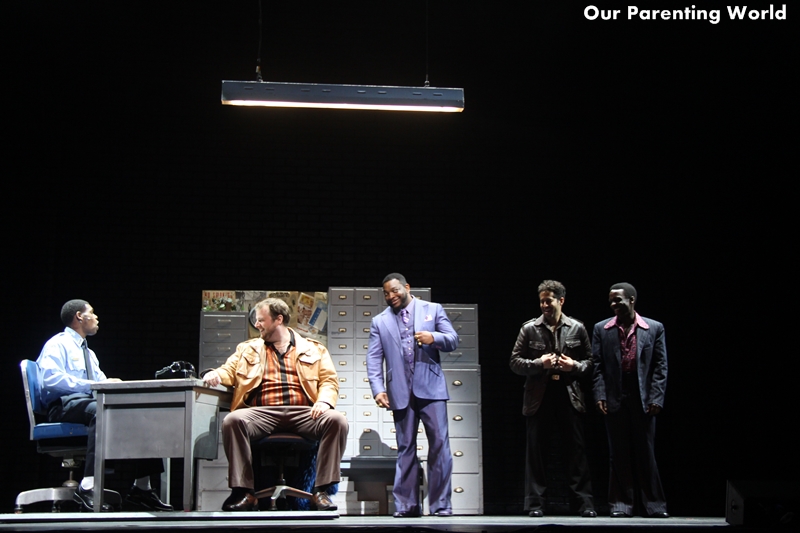 Sister Act is based on the blockbuster movie in the 1990s of the same name starring Whoopi Goldberg. The story follows the life of a wannabe disco diva, Deloris Van Cartier whose life was turned upside down when she witnessed a murder and the police put her under protective custody in a place, a convent! She encountered conflict with her Mother Superior who sticks to traditional thinking religiously. Deloris breathes life into the rigid lifestyle of the nuns and help them find their voices. Sister Act is here in Singapore for the first time direct from USA. During the press call, the cast performed 2 numbers from the show which gave us a glimpse into what to expect from this musical. Two songs are being performed, the first is “When I find my baby” Here’s a video of the 1st song:

With such an outstanding credentials, you can be ensured that you are watching a high quality musical and getting the best experiences! The 2nd song is “Spread The Love Around”. This is an upbeat, cheerful and catchy song wonderfully performed by the stellar cast.

Here’s the video of the 2nd song:

The lead role of Deloris Van Cartier is performed by Dene Hill. She is an award winning international opera singer and she will also be performing for the whole duration of the Asian tour of Sister Act. Watch her spar with Mother Superior by Rebecca Mason-Wygal whom has performed in Mamma Mia! in USA. Audience can look forward to the sparkling performances by the cast. Media was given an opportunity to tour the backstage of Sister Act to find out more about what’s going on behind the scene led by Production stage manager Molly Goodwin. She showed us where she will be stationed at the show and how she oversees the whole musical with monitors showing the different part of the stage, controlling the lighting, sound and managing a crew of more than 12 people involving in various part of the musical through her headset. This the place where the cast put on their wigs and do their make up. Wardrobe of Sister Act cast, all items are properly categorised. This is one of the main stars of the musical, Mother Mary!

The Mother Mary’s statue has 2 sides, one side is painted normally which the audience can see is Mother Mary and the other side will be turned around covered with mirrored tiles during finale to look like a huge shiny disco ball. Look out for Mother Mary in the musical and see how she transforms! *Only applicable to D Reserve ticket.
Terms and Conditions apply.

To book the tickets at Sistic, please click HERE.