We heard the calling of the Justice League Superheroes to join them on the inaugural DC Justice League Run 2015 which was held at Sentosa’s Interim Carpark on 30 August 2015. More than 5,000 runners turned up in their favourite Superheroes gears and all ready to start racing once the flag-off time took place at 8am. Justice League Superheroes will always join forces to fight against the evil forces to save the World and for the first time, they will compete among themselves in a bid to determine the fastest of the League. We have to decide which one of the Superheros to take side with. Participants will run the race to represent their Superheroes.

We joined Justice League Superheroes, Superman, the Last Son of Krypton and the most powerful hero in the world; Batman, the apex of physical and mental human achievement; Wonder Woman, the Amazon’s princess and greatest warrior; Green Lantern, an intergalactic cop armed with his own power ring; and the super-fast Flash Gordon in the race to see who is the fastest Superhero. We chose to join Team Superman. All Superheroes to report at the start point and DC Justice League Run is a 5 kilometre timed fun run around the Sentosa Island.

Who will be the fastest hero? Let’s find out. Yes, it’s official, the fastest Superhero is indeed from Team Superman and the winner is Jian Yang, 35. Congratulations! Besides participating in the race, participants can look forward to take part in a fun-filled fringe activities such as Gladiator and Trampoline and post-race events awaits for all at the Race Village. Participants can also shop for DC Justice League merchandise and have fun with the custom made costumes of your favourite Superhero at the merchandise booths of collectibles. 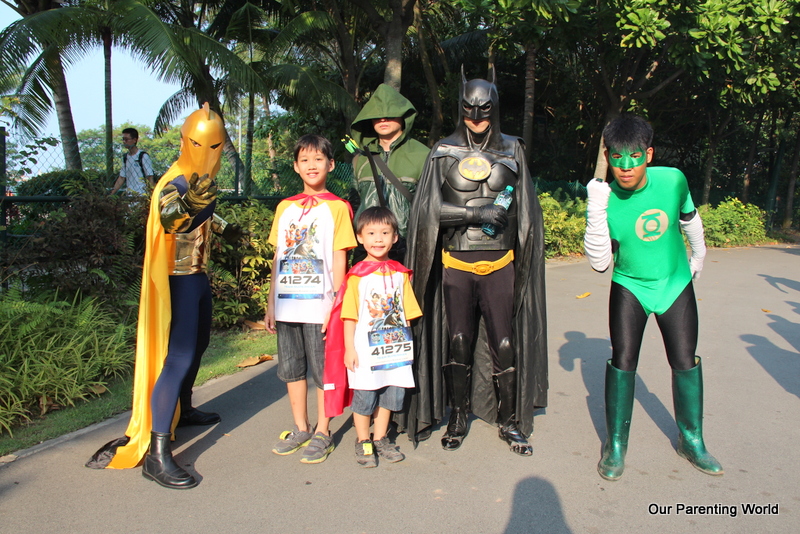 We had the opportunity to catch up with some of The Justice League Superheroes. Congratulations to Superman and Team for being the fastest Hero of the year! Thanks to Justice League Superheroes, we all had a memorable and fun time taking part in the race and we look forward to next year.