Trending
You are at:Home»ENTERTAINMENT»Southern Charms – An Evening of Cantonese Classics and Exclusive Interviews with Chin Yen Choong and Fred Chan

1. Please share with us more about your background and how did you become a musician?

[Yen Choong as YC] I actually started off learning pipa (琵琶) when my mum brought me to my first pipa lesson when I was a kid. Pipa was her favourite Chinese instrument, so she hoped I would have the chance to learn the instrument since she did not have the opportunity to do so when she was younger. A few years later, my pipa teacher brought me to his Chinese orchestra to perform, which I became the youngest member of the orchestra at the age of 11. During that time, I had the opportunity to also explore other instruments, like erhu (二胡). One of the senior member then, thought I have a talent for the string instrument, hence introduced me to one erhu teacher. That was when I fall in love with the instrument.

After my service the National Service, I enrolled to Nanyang Academy of Fine Arts majoring in Erhu performance, which kicked start my music career. 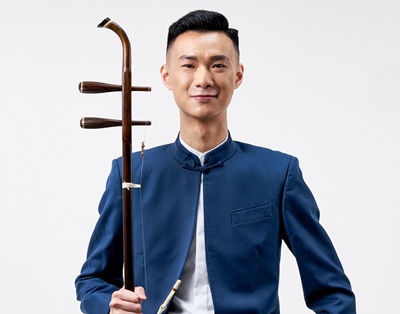 [Fred Chan as FC] I started learning erhu at the age of 13 in my school’s Co-Curricular Activity (CCA) – Chinese orchestra. Since then, I became active and enjoyed my time with the orchestra. Soon after I took my Pre-University exam, my dad suggested for me to go Beijing to enhance my erhu performance skills and techniques. Hence with his support, I flew to Beijing in year 2008 and started learning the instrument from various music professors at the Central Conservatory of Music (CCOM). After one and a half years of learning and preparation, I passed the entry audition to take the degree on Erhu Performance at the CCOM. Later I graduated with a Master of Fine Arts (erhu) in year 2017 under the tutelage of renowned erhu educator and performer Prof. Zhao Hanyang.

2. What are some of the challenges that you faced in your career and what do you enjoy most about being an erhu Musician? And also for Yen Choong, being the concert master of the ensemble? 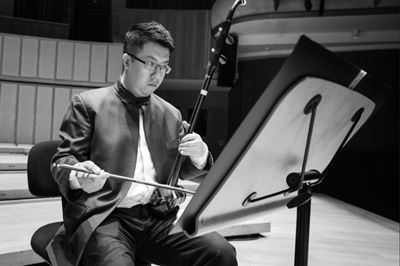 [YC] I would say one key challenge for a musician is livelihood. But for me, I was very lucky. A few musicians and I founded Ding Yi Music Company (then known as ArtsSphere Chamber Ensemble) after we graduated. In addition, I also had some teaching experience and students I am teaching erhu. Therefore, I do not lack any teaching or performing opportunities. That would mean however, I do not have a lot of time to spend with my family.

[FC] Another challenge we are facing is that the Singapore Chinese music scene is shrinking year by year. More and more Chinese orchestras CCAs are closing down in various schools. Hence, lesser people are learning and practicing Chinese music, when you compare to the past, the scene now is less vibrant. Many younger people nowadays have a misinterpretation of what Chinese music is, they thought Chinese music is for the old folks or they thought erhu could only play sad tones and music. That is not true! 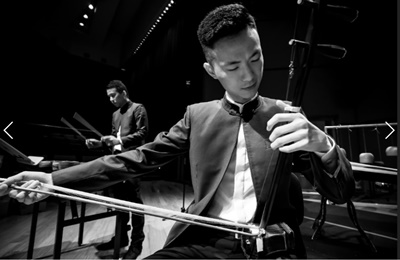 [FC] Despite saying that, it is still quite fun to be an erhu musician. Other than playing music together as an ensemble, I enjoyed observing and learning from other musicians. On the other hand, being a musician does not only revolve around rehearsals or the performing stage. Teaching, is also a major part of this music career, educating and sharing my knowledge to the young students, the next generation is also a big part of my passion.

[YC] Add on to what Fred shared, erhu being one of the better-known Chinese instruments, is also easy to explain and share to people about the instrument more.

In a Chinese chamber ensemble, all the musicians would share their own views, suggestions and interpretations during rehearsals. It is important for me, as the Concert Master to initiate and organise the suggestions and exchanges to decide which is the best interpretation for the ensemble.

3. Can you tell us more about the coming concert, 《赏心粤目》, the preparation process and the Chinese Cantonese classics that will be performed at the concert?

[FC] This concert is part of the Esplanade’s Chinese Chamber series, bringing a series of traditional Cantonese tunes to the Singapore’s audiences. Some of the highlighted pieces performing are The Birds Return to the Forest《鸟投林》, Welcome Shower in the Plantain Forest《蕉林喜雨》and Spring in the Village《春到田间》etc. [YC] Another key highlight of the concert is we will be featuring the traditional Cantonese music ensemble or 五架头, consisting of five musicians with the Cantonese gaohu being the lead musician. It is the first time we are featuring a full traditional Cantonese music in a chamber recital setting. Unlike many other concerts we performed with a conductor, this concert does not have a conductor. Which means the performing musicians need to be well-versed with music and each another’s playing style, so as to produce a tight and seamless performance.

4. What are some of your favourite Chinese Cantonese classics pieces that will be performed? [YC] The Birds Return to the Forest《鸟投林》and Welcome Shower in the Plantain Forest《蕉林喜雨》are two of my favourite pieces for the concert. These two pieces are very melodious and joyous. I feel happy listening and performing them.

[FC] My favourite classic pieces that will be performed are The Birds Return to the Forest 《鸟投林》, where it portrays the spectacular scenes of birds flocking back to the forests before the sunset and will definitely influences audiences with its vitality, and Autumn Moon over the Calm Lake《平湖秋月》, which is one of the classics of all time, always manage to captivate the audiences with the soothing melody played with a touch of Cantonese flavour!

5. Do you have any advice to someone who aspires to be a musician for the Chinese chamber music?

[YC] Playing in a Chinese chamber ensemble is very different than playing in an orchestra. Each musician in the ensemble is a soloist and at the same time, we need to listen to one another so as to blend together as an ensemble. Chamber musicians also need to be confident and have good listening ears to play all the details written on the score. 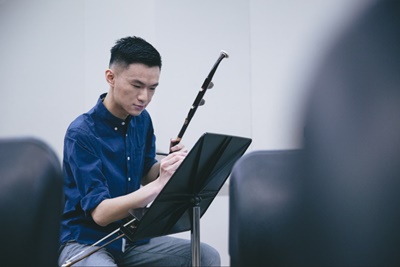 [FC] Equipped yourself by learning different styles of Chinese Music, some examples are Jiangnan Silk Bamboo, Cantonese Music, Qinqiang Opera Music and more. It’s essential and the foundation for playing all kinds of Chinese chamber music.

6. Lastly, what can audience expect when they come and watch Southern Charms – An Evening of Cantonese Classics《赏心粤目》? [FC] The concert will be performed by five musicians from Ding Yi Music Company, formed into a 五架头 setting. You can look forward to seeing a different performance or Chinese music instruments that you don’t usually find in the usual Chinese Orchestra setting. For example, the Guangdong gaohu (广东高胡) – where it has to be held between the knees when playing, the qinqin (秦琴) and the yehu (椰胡). 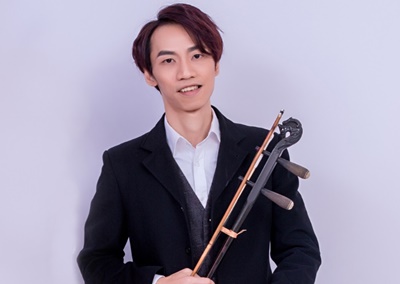 Besides a vast selection of the classic Cantonese music, we are also very honored to have Mr. Yu Lefu (余乐夫) as the artistic advisor of the concert. He is one of the gaohu virtuoso and Cantonese music expert from China. Mr. Yu would also be performing his own works namely the Snowflakes in Dream 《梦雪纷飞》at this showcase! Hope to see all of you there!

Thank you Chin Yen Choong and Fred Chan for taking our interview!

The concert duration is 1hr 10mins with no intermission and there will be a post-show talk in English and Mandarin.

To find out more about the concert and to purchase the tickets, please visit https://www.esplanade.com/festivals-and-series/chinese-chambermusic/2018/southern-charms-an-evening-of-cantonese-classics