Trending
You are at:Home»ENTERTAINMENT»REVIEW: ACT 3 International Presents The Very Hungry Caterpillar and Other Eric Carle Favourites

We simply love the stories by the award-winning children’s books’ illustrator and writer, Eric Carle! To fans of Eric Carle, “The Very Hungry Caterpillar & Other Eric Carle Favourites” by Mermaid Theatre of Nova Scotia, Canada presented by ACT 3 International has returned to Singapore from 6 to 15 October 2017!

The show is a showcase of magical work of black light theatre that will bring together the beloved tales of Eric Carle which includes “The Very Hungry Caterpillar, The Mixed Up Chameleon and Little Cloud” that will set to delight children and even parents. Be treated to a stunning visual effects of various puppets being brought to life and one of the highlights of the show is the story of The Mixed Up Chameleon where it experiences an identity crises of wanting to be more like all the other animals it sees and soon realise that it is best to be itself.

Watch the Chameleon transforms into various assortments of vibrant colours, shapes and sizes as it changes its identity when it wants to be a fish, seal, elephant, giraffe, and more. Besides the changing of identity, kids are also amazed with the effects of how the Chameleon catches the fly in the show. In this meaningful story, kids will learn the importance of being yourself! 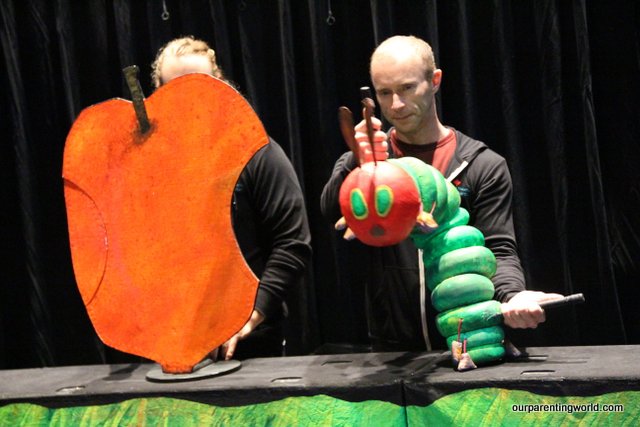 During the show, you won’t see much of the humans maneuvering the puppets as they will be dressed in black and blend into the background.

The cast skillfully manage the puppets that made them so life-like! Looking at the enthusiastic reactions from the kids at the show, they simply enjoy watching the adorable characters from the stories in action during the play. Chomps! Chomps! The Very Hungry Caterpillar is about a caterpillar that eats and eats along his way and still feel very hungry. We follow the adventure of this cute little caterpillar as it embarks on a journey, it will keep eating and kids are amused when the caterpillar will always kicks away the food after eating. Watch the food tumbling away each time the caterpillar kicks it. One day the caterpillar stops eating, it hangs upside down from a tree branch, spins itself into a chrysalis and eventually turns into a beautiful butterfly.

This is one of the most popular stories and kids learn how a butterfly comes about and its life stages.

At the end of the show, there will be a Questions and Answers session where the cast will take questions from the audience. Children participated actively and asking the cast how did they move the puppets? They get to know more of the behind the scenes mechanism where the cast will demonstrate and explain how they move the caterpillar or how did they make the Chameleon catches the fly in the show. Kids are happy to learn more about the backstage secrets and that satisfied their curiosities. 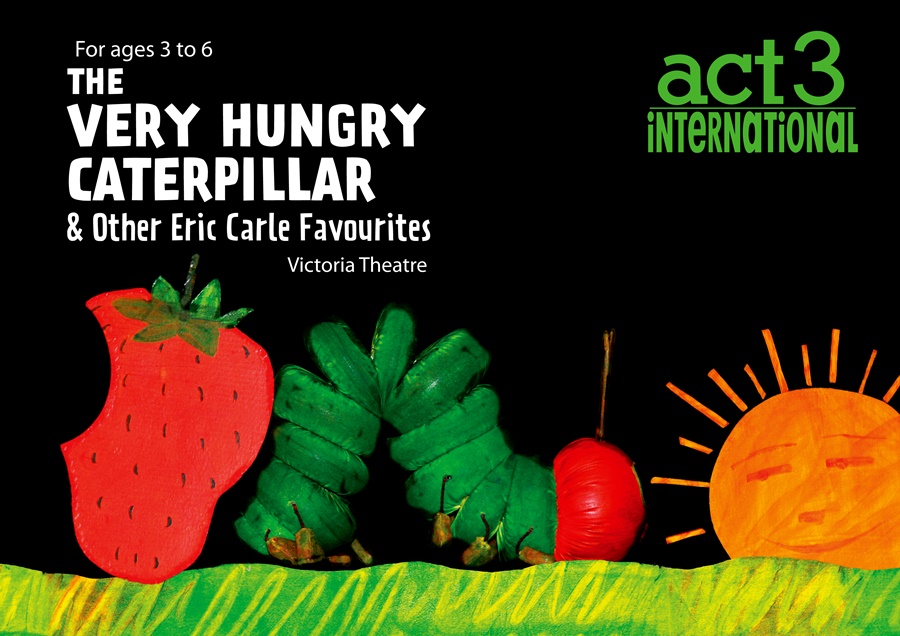 The Very Hungry Caterpillar and Other Eric Carle Favourites is about an hour with no interval and will include three meaningful and well-liked Eric Carle’s stories like Little Cloud, The Mixed Up Chameleon, and The Very Hungary Caterpillar. It is a fascinating show that has lots of magic with the lovely florescent puppets coming to life and glow in the dark black light! It is a wonderful theater experiences for kids. The show is suitable for 3 to 6 years old and to be honest, we adults also enjoy the show!

Catch ACT 3 International Presents The Very Hungry Caterpillar and Other Eric Carle Favourites from 6 to 15 October!

For more information and to purchase the tickets at Sistic, please visit: