This coming November school holidays, thinking of where to go? Why not bring your kids to the FINA Swimming World Cup where you can support our local athletes and be inspired by them as you catch the swimmers in action!

Watch some of swimming’s brightest stars compete at the FINA Swimming World Cup Presented by Yakult at the OCBC Aquatic Centre. Featuring a line-up of Olympic medalists, world champions and record holders, the final leg of the 30th edition of the FINA Swimming World Cup is set to take place from November 15 – 17 in Singapore, the last of 7 countries around the world hosting this highly competitive swim meet. 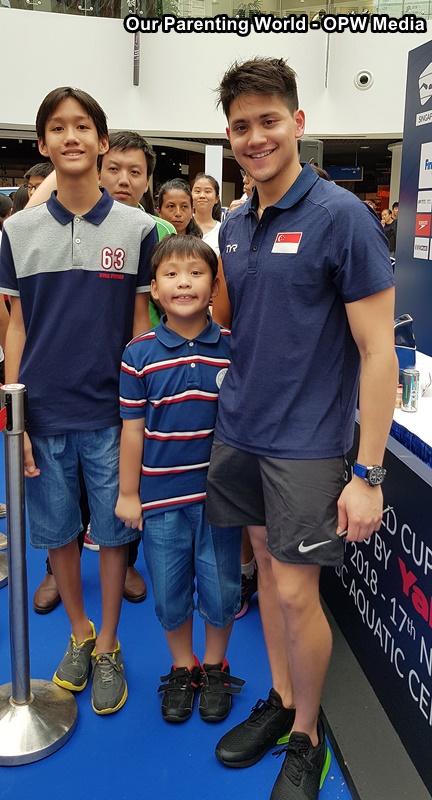 Schooling, Singapore’s most bemedalled athlete at the 2018 Asian Games will also be joined by other local swimmers such as Roanne Ho, Quah Ting Wen, Jonathan Tan and Glen Lim, who attained impressive results at the recent Asian Games.
The FINA Swimming World Cup Presented by Yakult will be Singapore’s 12 the consecutive year hosting the highly competitive World Cup series. Launched in 1988, the FINA Swimming World Cup gathers world–class swimmers in a series of two-day or three-day meets organised between August and November each year. Across nine locations, the circuit is structured inclusters (Middle East, Europe and Asia) and with a total prize money of US$2.5 million.
This year, the FINA Swimming World Cup kicked off in Kazan (RUS) on September 7 – 9 before continuing on to Doha (QAT) on September 13 to 15. The event will then be hosted in Eindhoven (NED), Budapest (HUN), Beijing (CHN) and Tokyo (JPN), before it rounds off in Singapore.