This National Day, Chef-in-Box by JR Group, pioneer of ready-to-eat meals in Singapore celebrates the nation’s birthday by launching its inaugural Heritage Series (传承美食). The dishes in the series are specially chosen from the two winning entries of JR Group’s first-ever Mother’s Day Cooking Competition in May 2018. To find out more, please read our feature on the event at http://ourparentingworld.com/chef-in-box-first-ever-cooking-competition-held-on-mothers-day/

The Heritage Series honours local heritage dishes that follow home recipes, paying tribute to the aromas and flavours that trigger cherished memories of the familiar comforts at home.

At the Mother’s Day Cooking Competition, the champion dish which won over the judges was the Shepherd’s Pie with Ayam Masak Merah (spicy tomato chicken) 香辣红番茄鸡牧羊人派 by Elaine Teng 陈英连. 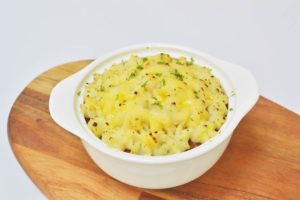 Elaine’s rendition of Shepherd’s Pie with Ayam Masak Merah is a healthy spicy chicken version, that is commonly found in Malay eateries. The meat is cooked in a tomato-based gravy, then topped with delectable mashed potato swirls. 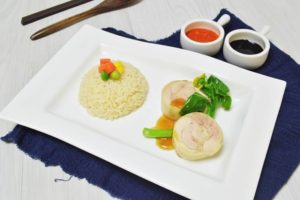 The second winning dish is by 80-year-old grandmother of six, Madam Nancy Quek 郭丽儂 named Mum’s Chicken Roll 妈妈爱心鸡肉卷. The dish was inspired by her late mother’s love for chicken dishes. Madam Nancy Quek specially created this recipe to remember her beloved mother who was a very good good and loved making her signature dishes such as Curry Chicken, Stew Black Soy Sauce Chicken and more. The judges and public were inspired and touched by Madam Nancy Quek’s heartfelt story of preserving her mother’s recipe heritage.

These local home-style favourites pay homage to the local culinary traditions and taste preferences in Singapore, as well as the power of food to bring families and communities together. For a foodie nation, there truly is no better way to celebrate the nation’s birthday than with local food.

Chef-in-Box Heritage Dishes will be launched at all Chef-in-Box VendCafés, vending machines and online at www.chefinbox.com.sg from 27 July 2018 onwards for a period of one month. In conjunction with Singapore’s 53rd year of independence, the dishes will be selling at a promotional price of $5.30.

Share the National Day Bundle with a group of family and friends, consisting of the 2 Heritage Series bentos, Seafood Hor Fun, Mutton Rendang and Nasi Lemak bentos at only $19.65 (U.P. $27)! This National Day, gather together to commemorate the nation’s achievements thus far with a sumptuous and heart-warming meal consisting of local favourites.

Here’s where you can find Chef-in-Box VendCafés outlets as follows: